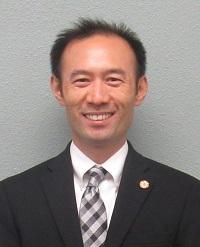 Mr. Vinh Ngo is Senior Vice President, West Region Risk Executive for the Commercial Real Estate Bank at Bank of America. Prior to this, Mr. Ngo held various leadership roles in Underwriting, Relationship Management, and Risk Management at the Bank in Southern California. Mr. Ngo was appointed to serve four-year terms as a Governing Board Member of the Garvey Board of Education in 2017. He is also the current Board President of the Garvey Education Foundation, which raises money for local school activities benefiting students and teachers in the Garvey School District. A Garvey alumni and local San Gabriel Valley resident since 1979, Mr. Ngo is a passionate community leader. He is an active volunteer for the Chinatown Service Center since 2006 and currently serves on their Board; a mentor with Asian American Professional Association’s Mentorship Program; 5th Grade bi-monthly guest reader at Baldwin School since 1999; and held leadership roles with Bank of America's Asian Leadership Employee Network, which promotes and fosters employee development as well as community outreach. 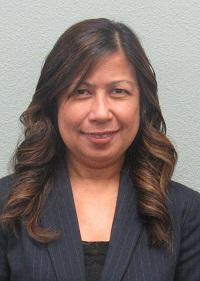 Mrs. Maureen Chin currently works in the Alhambra Unified School District and previously worked at Garvey School District. She was elected to the Garvey Board of Education in 2013, and was re-elected in 2020. Born and raised in Los Angeles, Mrs. Chin holds a Bachelor of Arts degree from California State University, Los Angeles. She has lived in the city of San Gabriel for 20 years with her husband and two children. Her daughter is currently a student in the Garvey School District and her son is a former student of the Garvey School District. Mrs. Chin has been actively involved as a parent and volunteer. She is currently the PTA President at Garvey Intermediate and served as PTA President at Monterey Vista the year prior. Mrs. Chin is passionate about education and is committed to working with the district and community to ensure a successful and meaningful education for all students in this unprecedented time. 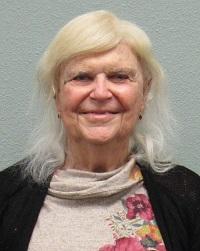 Ms. Bobbi Bruesch is currently a Board Member of the Rosemead Kiwanis Club and a Garvey Education Foundation Board Member. She was elected to the Garvey Board of Education in 2002 and re-elected in 2020. Previously a Teacher at Temple Intermediate and Willard Schools for 32 years, Ms. Bruesch initiated several innovative award-winning programs, including a district-wide outdoor education/camping experience, a science fair (which evolved into the National Science Olympiad), a student council leadership program, and a vocabulary improvement curriculum. As Garvey Board of Education Member, she was instrumental in the passage of three school bonds, a district-wide Wellness Program, a college-credit Robotics class, and a community-wide health fair. She also partnered with key players to establish parks at school sites, utilize recycled water on play fields, bring an ELAC satellite campus to a school, and develop an after-school program. As Rosemead City Council Member and Mayor for 14 years, Ms. Bruesch helped establish joint use agreements for city parks and gyms on school playgrounds, increased school police patrols, pre-probation counseling services, Rosemead YES – a multi-jurisdictional disciplinary intervention program, and an anti-violence Media Literacy program. 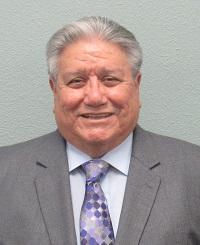 Mr. John H. Nunez was elected to serve four-year terms as a Governing Board Member of the Garvey Board of Education in 1981, 1993, and 2017. Mr. Nunez served on the L.A. County Committee on School District Organization (First District) for the past 22 years.  He has also dedicated considerable effort to community service work through a wide variety of projects, boards and offices. Highlights include: serving as Board Member for Alhambra Education Foundation, Board Member for Alhambra Unified School District, Mayor Pro Tem and Councilmember for Rosemead City Council, Regional Representative for San Gabriel Valley Council of Governments’ Committee on Energy and Human Development, 31st Congressional District Chair for the National School Boards Association’s (NSBA) Federal Government Relations Committee, Delegate Assembly for the California Schools Boards Association (CSBA, Region 23-A), Director and Committee Member of the Los Angeles County School Trustees Association (LACSTA, District 9), and Co-President of the Garvey Council PTA. He also received two PTA Honorary Service Awards, and the Golden Apple Award from the Association of California School Administrators (ACSA). 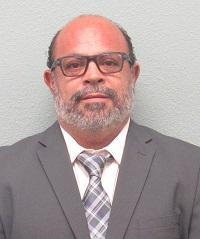 Mr. Ronald Trabanino is a dedicated community member for the City of Rosemead where he has been a resident for over twenty-five years. He has worked at the US Postal Service for over twenty years. Mr. Trabanino was elected to serve four-year terms as a Governing Board Member of the Garvey Board of Education in 2013 and 2017. During his first term, Mr. Trabanino was instrumental in launching a districtwide computer science immersion program through the partnership with the Code to the Future, the passage of the $40 million bond, and the hiring of more personnel to serve high-priority students. In his second term, his vision of multilingualism and magnet school has contributed greatly to the re-opening and re-purposing of the Duff Language Magnet Academy in 2018. The Academy offers a dual language plus program to help students develop proficiency in multiple languages in support of the Global California 2030 vision.